iPhone can be used to fly AR Drones, control vehicles and now you can control the tiny ball Sphero due to the efforts of folks at Orbotix. Since the advent of AR Drones, iOS controlled devices have started popping out in quick successions and Sphero is an example. Sphero is a baseball size Robotic Sphere which can be controlled with iOS Application using bluetooth. It comes with its own charging stand also supporting wireless charge induction. Custom applications can be programmed through which Sphero can interact and perform various fun tasks. 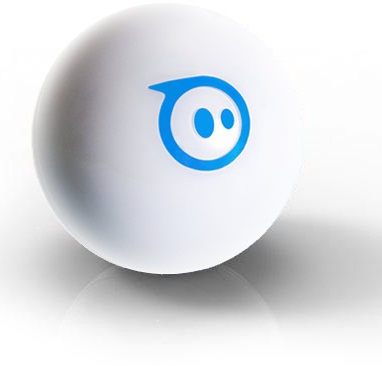 Orbotix has also created some games like Sphero Golf which allows you to interact with Sphero in an interactive way by performing dedicated functions. Also the API is available for developers to integrate their application and games with Sphero.

Sphero is available for pre-order for $129.99 and Orbotix plans to start shipping before the holidays. The price tag is almost the same as AR Drones but the fun is unlimited. And as the time passes we will be experiencing more application and game integration and increasing the fun.