Skype has launched a small but important update numbered as Version 2.6 for Android devices. The version has already hit the Andriod market brings new features along with improved performance and UI. One of the most awaited feature which has now been added in the version, you can now transfer pictures, video and files directly from your Android device. 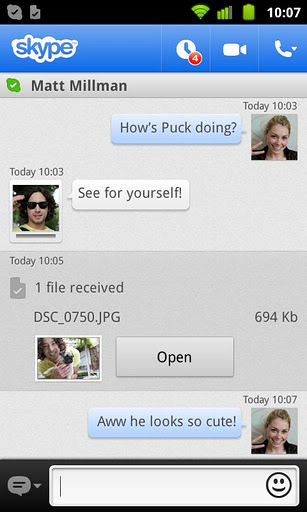 In addition to that you will also observe better graphical UI (User Interface) experience as it is downloaded and installed on your Android device. Moreover, users whose devices are equipped with Tegra 2 chipset will get voicemail enhancements along with overall better performance.

You can download the latest version 2.6 of skype right now from Android Market. Don’t forget to feedback us in your comments about your experience on this new version.