by Muhammad Arslan Azmat on September 5, 2016 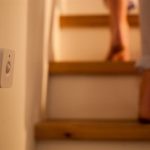 The is a new accessory that is now available in the Philips Hue lineup, which will allow the user a more refined automation of lighting within their home, which is largely made possible due to the addition of a motion sensor,noting that although this is a principal component of home-lighting accessories ,it is the first of it’s kind to be added the Philips Hue range.

Prior to the motion sensing option, that has been added to the range ,users who desired motion the motion sensing feature just had to do without it,or had to make use of a connection of various third-party gadgets  in order to obtain the desired effect, however with this new addition there is no longer need to do so.

The Phillips Hue Motion sensor comprises of a little white box ,that includes two AAA batteries ,which the user is required to position or arrange in various places in their home. Unlike a camera, the device only senses movement ,and allows the user to control the lighting automatically according to whether there are people present in a specific room or not.

The procedure is made really easy by the use of the Phillips’ App ,which enables the user to choose which lights should be switched on when motion is detected ,in addition to duration of lighting and to switch of as soon as the room is empty. There are a few special touches added to enhance the experience which include the dimming of lights before switching off and for  instance the motion detector hasn’t picked up your presence you can easily trigger it by simpy moving again. To reduce energy consumption ,you can set the motion detector to only switch the lights on when there is darkness.

However ,a few drawbacks are that movement can be detected upto approximately 16.5 feet, Limit to sensitivity cannot be reduced although distance of detection of motion can be reduced,this drawback will result in even for example dogs or cats prompting the lights to switch on, however Philips is reported to have said that it is working on the issue to improve the limitations of the sensitivity to movement of the device.

The expected date of release is October and the motion sensors will be sold for $39.95 per sensor ,with each Hue Bridge having the capacity to carry upto 12 sensors at one time.

It can be noted that this is the first time that the company has included something resembling an extra appliance to the Hue system ,however the company is not aiming to further enhance the Hue range into a wider smart home system, and further addition will be solely for home lighting improvements.