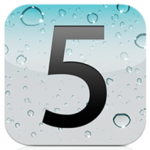 One of the major feature of iOS 5 recently released GM build is the iMessage feature which allows you to communicate with your friends carrying Apple device same as Blackberry Messenger which allows you to communicate between Blackberry devices for Free. iMessage only requires internet connectivity either through WiFi or 3G and you are able to send and receive free messages between iPhone, iPad and iPod Touch with iOS 5 installed.

One of the drawback of iMessage is that if you get an immediate reply you might lose it within other older messages which is a sort of bug in iOS 5 GM release and Apple might fix it before the final release.

You can also Jailbreak iOS 5 GM following the procedure here but it is recommended that wait for resolution of iOS 5 stability issues before jumping onto iOS 5 band wagon.