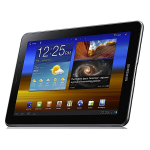 Battle between Apple and Samsung has been on for quite some time and today finally Apple wins its first round by wining the case and putting a permanent ban on Samsung Galaxy Tab 10.1 in Germany due to infringement of Apple’s iPad 2 designs. Report of AppleInsider states that,

In the latest expansion of the legal battle between Apple and Samsung, Apple sued the South Korean electronics maker in Japan last month, asking the government to bar the sales of its Galaxy S and Galaxy S II smartphones, as well as the Galaxy Tab 7 touchscreen tablet. The first hearing in the case was held on Wednesday, and Apple seeks damages of $1.3 million. 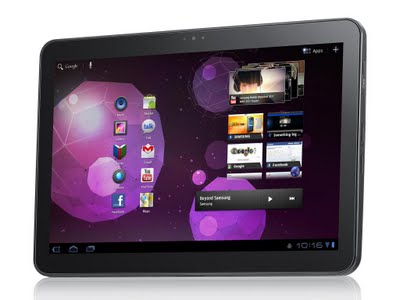 Today’s victory is not the start for Apple rather its second as last week Samsung Pulled off Galaxy Tab 7.7 after court ordered Samsung to stop promotion of Galaxy Tab till decision of the case already in court. This war between Apple and Samsung has been on since launch of Samsung Galaxy devices and on quite few occasions Samsung has to face the penalty and in retaliation Samsung has also filed some patent infringements against Apple which are also in court all across the world.

Whether these patent wars will benefit end users or not. Please leave your valuable comments below.