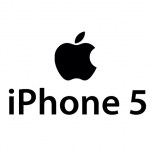 According to the report Apple is holding a press conference on iPhone 5 on October 5th as reported by PocketGamer. The media event is said to have a hush-hush event to introduce iPhone 5 features to all major stake holder including the operators which will a week away from official launch at that time i.e 12th October. As Orange CEO has already reported that Apple iPhone 5 will be hitting the shelves by 15th October. According to the report,

In the sort of hush-hush operation whereby we’d have to kill you etc etc, it seems that Apple is gearing up for a slightly earlier than previously expected iPhone 5 launch.
Our inside source says there will be a press conference announcing the new hardware on October 5th, with retail release occurring a week later.

In past few days we have reported that  Sprint will start offering iPhone 5 from next month then iPhone 5 Reservations Started for Deutsche Telekom was revealed. Also purportedly Vodafone UK Lists iPhone 5 16GB and 32GBand Change in Delivery Schedule for All Apple Devices on Online Stores also hinted the incoming iPhone 5 lunch. All these news caution that launch is pretty close.

We will keep you posted on latest updates on iPhone 5 developments so follow us on twitter and facebook to get updates on Apple, Android, Symbian, Gadgets & News.