by Muhammad Arslan Azmat on November 3, 2011

As you might already be aware that world population has reached 7 Billion mark so in the wake of the event National Geographic has come up with iPad iOS application named “7 Billion App for iPad”. The free application contains informational content including images, videos, maps and articles to spread the aware of rising population and its effects on food and water related issues. It also recommends mending ways of our city lives in order to improve the population hazards. 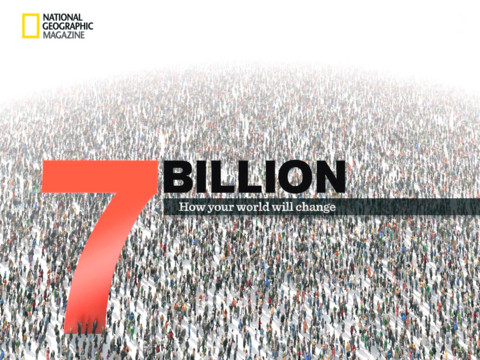 Some of the major features of 7 Billion App for iPad are,